This woman deserved no less than her all, and she would provide it to the fullest of her ability. The scene surrounding them shifted to her bedroom balcony, the spring birds swirling through the eddies over the lake.


The woman held something in her arms. Emma couldn't see what it was, but waved a paper at her until she was graced with a smile. She would do anything for that smile. With a jolt, Emma suddenly felt the rocking of a ship's deck beneath her, and felt the ache in her heart that came from being separated from that woman.

She had to get back.

She was swimming. She was slipping. There was water-. Slowly, Emma realized she was waking up. Cool dampness was being brushed along her skin.

A cloth? A wet cloth. The cave. Had she been screaming? Why couldn't she open her eyes? You're safe.

Emma, the Protector of the Realm 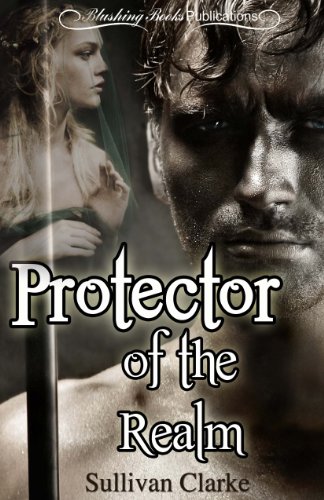 Emma's finger twitched. Her arms ached to wrap around and hold but could not muster the strength to rise from the bedroll. With me When she woke again, the fire had fully died. A few hours remained before sunrise, from the barest dimness of the night sky visible through the mouth of the cave. A heated bundle was curled against her side. Emma raised her head - gratified to find she could do so without difficulty - and spotted a dark mass of hair tucked against her side.

Her last and final awakening came suddenly. In one moment she was contentedly drifting through the last vestiges of a healing and restful respite, the next the world had spun on its axis and she'd pinned Regina to the bedroll.

Kaminanda - Protectors of the Realm

Mildly startled and sleepy brown eyes met the alarmingly awake and stunned stare that Emma pinned her with. The wry and amused comment flushed Emma's face and she scrambled off the prone woman. A languid stretch later saw Regina greeting her with a smile. Regina's smile accompanied a short head shake. Emma stared after the sauntering woman, her eyes fixated on the swaying hips until they disappeared out of sight. Ablutions, clothing and a quick consumption of trail rations saw the two prepared for the day.

The horses had not wandered much past the bare patches of consumed grass, and were able to be saddled quickly. Emma ran through a quick set of stretching and agility exercises, pleased to find her reflexes at the level she preferred. It did not appear the wound she had sustained - and probably exacerbated in her attempt to protect her companion - had done any permanent damage.

Not that she wished to experience magical healing again if she could help it. It may have been due to the area or the depth of the wound, but the experience was not one she had any inclination toward. It had not gone well the day previous. Perhaps this day would see better. I'd shown some aptitude for the arts required and my parents sought to have me educated properly. My father still dumps me every once in a while. I do try to be gentle. In stark contrast to the day previous, Emma's questions were met with more than simplistic answers - she learned much of how deeply it pained Regina that her lands were at risk as soon as she mentioned it.

The Baron's actions, his covert incitement against his rulers in order to crush his own people beneath his bootheel, could not be borne. A deep flush colored her companion's cheek, and Emma allowed the stammered change in subject to pass unopposed. We've no surety against another attack.

His forces were Regina dipped her head, her contemplative musing echoing Emma's own. Emma raised a hand in a vague shrug. It would serve much were he able to lull us into complacency then attempt a siege whilst the tournament is underway. Regina laughed softly. All would unite under the banner of White in the face of a siege. A soft hum of agreement sounded from her companion. In the woods surrounding them, the birds twittered their sweet song, one rising in telltale whorls. Emma nodded to the avian messenger, watching as it drifted along the high eddies. The trailing of the dulcet tones led Emma to confess.

I am born to this, and I have sworn to this. Regina gave her a tight lipped smile, her gaze distant as she visibly turned Emma's words over in her mind. Any to whom I am sworn becomes the White Kingdom and its people. A goshawk swooped low over their heads, its wings dipping side to side. Emma's fingers flicked in acknowledgment. Within half a league, their honor guard met them on the road, the armed horse patrol bearing the banners of the White Kingdom and the Summerlands.

Their easy discussion fell by the wayside in the midst of open ears, though Emma could scarcely deny herself continued glances at the Lady Regina. The dirt of the road left her unmarred, though the soft healthy sheen of a exertion dusted her skin. The woman's capable riding had seen no drop in their pace, a fact to which Emma was both grateful and ill disposed.

It would have suited her well to camp one further night and spend yet another day in the Lady Regina's company. It had not been often that Emma had engaged in such easy conversation. Her stomach roiled at the implication. She knew not what would come as they entered the castle but she knew well what had occurred in their brief time traversing the countryside. By the time they reached the castle, Emma knew without a doubt that this journey had visited upon her a hardship the likes of which she had never before endured.

Lady Regina bore within her all the strengths and desirous qualities that stood well for a proper Queen, a Queen the likes of which Emma positively ached to serve.

Lord Varys, The Only True Protector Of The Realm, Deserved Better, Truly He Did

She could do naught but to stand by and allow for her heart's truest desire to be borne away by one unworthy of the enchanting Regina's attentions. A fanfare sounded before them as soon as they came visible at the edge of the forest. Emma smirked wryly. This had not been a battle, nor had it be more than a simple few days jaunt through the woods - the unexpected entanglement with the footpad notwithstanding - surely it did not justify a full court reception.

Unfortunately, as they arrived with the dying rays of the afternoon sun, it appeared it truly was to be a reception attended by all and sundry.

Translation of "Protector of the Realm" in Romanian

Cries sounded from the courtyard, cheers and festive music indicating the the wedding festivities had been waiting only for their return to begin. Unfurled from the battlements, the flags of their respective kingdoms fluttered in the breeze. The shouts echoed through the courtyard, ringing against the decorated stone and wooden buildings.

Through the crowd, she recognized a flash of ginger. Apparently further news would be forthcoming. Emma caught Regina's eye and tilted her head toward the inner courtyard. A single arch nod indicated her assent. They increased their speed to a trot and quickly escaped the amassed throng and their deafening cheering, their honor guard falling behind to halt further encroachment into the inner courtyard. Methinks its you they've turned out to see. The warm hand placed within her own sent her mind skittering away.

Regina flushed, sliding off of the saddle and into the proffered circle of Emma's arms. She opened her mouth to reply but snapped it closed as a voice sounded from behind Emma. I've been sent to bid the two of you: please dress for dinner and join us forthwith. Regina's hand pressed flat against Emma's shoulder as she took in the sight of the man before her.

Would this be the puppet or the fool? Emma's shoulders shook with silent laughter as Baelfire gasped in mock outrage from behind her. A scant breath later, Regina burst into a peal of laughter. Bae must have done his August impression.

Emma turned her head far enough to catch Bae's grin, Regina's warm palm still resting against her shoulder. Emma shook her head and released Regina. I have no idea how your wife puts up with you.